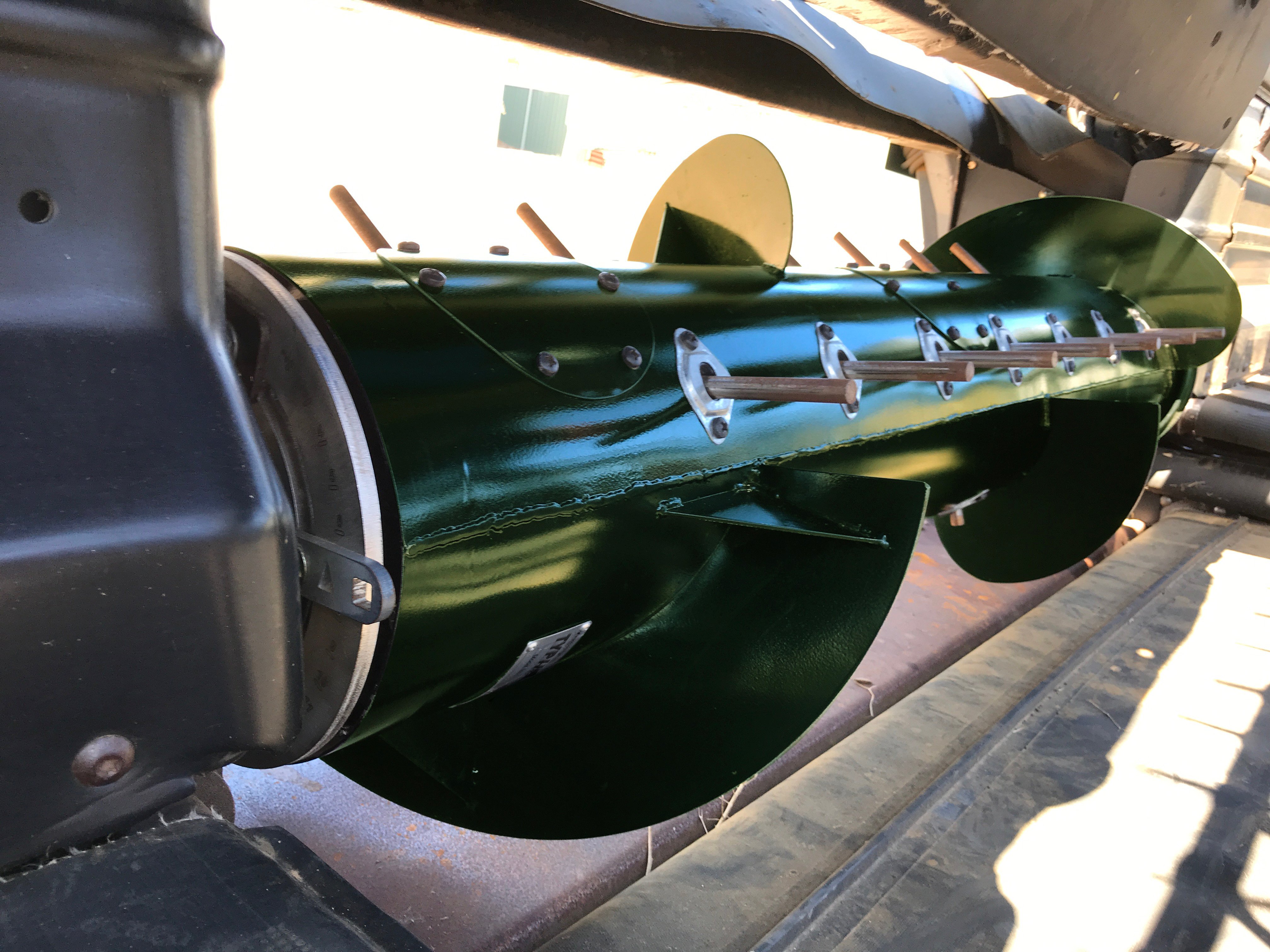 The patented features unique to iPaddock’s Typhoon feed drum, which first appeared in iPaddock’s original Turbodrum, are a game changer for direct heading canola and other bulky crops.  But what happens if you get caught with frosted, droughted and light crops?

@ipaddockapps asked that question in a twitter poll in 2018, and 92% of farmers said that it was as good or better than the standard feed drum.

This is what WA farmer Leigh Strange @LeighStrange1  had to say: 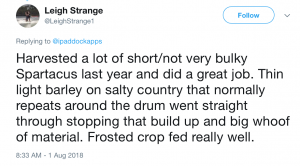 How does it work?

The secret to avoiding repeating in very light crops, is to prevent the build up of thrashed material under the middle of the feed drum.  In contrast to the traditional solution of winding the crop further into the middle of the drum with extended flighting, Typhoon’s patented Paddle Flights sweep the deck under the middle of the feed drum with every revolution, while still keeping the full feeder width in heavy crops.
This is the secret to why the iPaddock Typhoon is the only feed drum that maximises harvest performance in all crop conditions; heavy, light, and frosted.
An interesting side note is that I have found that the feeder chains on our New Holland headers, which used to always sag in the middle first, are now wearing evenly across the full width, which of course is better for the whole machine’s performance, and significantly reduces long term maintenance costs.

Farmers know it still takes a lot of trial and error getting a front to work well in varying conditions, which is why the new quick-set timing system with a full 150° of instant adjustment is such an important feature unique to the Typhoon.

The Typhoon gives you maximum capacity out of your machine in heavy crops, while still feeding better in light crops, with complete adjustability for everything in between.  No other feed drum comes close to the adaptability of the iPaddock Typhoon.
It’s great to hear from farmers like Leigh that iPaddock’s patented Paddle Flights work exactly as I intended when I cut a couple out with the oxy and welded them onto my very first prototype, which is still in faithful service on one of our Macdon fronts.
In a tight season, the purse strings are always held tight.  Fitting a Typhoon still makes good business sense, by minimising front losses and the frustration caused by repeats and poor feeding in light, droughted and frosted crops.
If Leigh’s experience is anything to go by, it may just be the best money you spend all year.
If you want to keep updated about the Typhoon, or any of our other iPaddock innovations, follow iPaddock’s Mic Fels on Facebook or Twitter
blog, draper, drought, drum, feed, feeding, front, frost, iPaddock, light crops, turbodrum, typhoon

iPaddock has been very good for our bottom line, but you might be surprised to know...
← How I make money out of iPaddock (it’s not what you might think)